Athena came to us in April of 2018 with her 3 babies and her 3 pregnant sisters. We got word of a house that had 50-60 cats that needed to be gone within a 72-hour period. We took the 3 pregnant sisters to another rescue, and Athena and her 3 kittens stayed with us. Athena was nothing but skin and bones, and her coat was dull. Over the next month, we worked on getting her fixed, vetted and gaining weight. In May, she went home to her forever family. She has her dad and her human brother to dote on her. 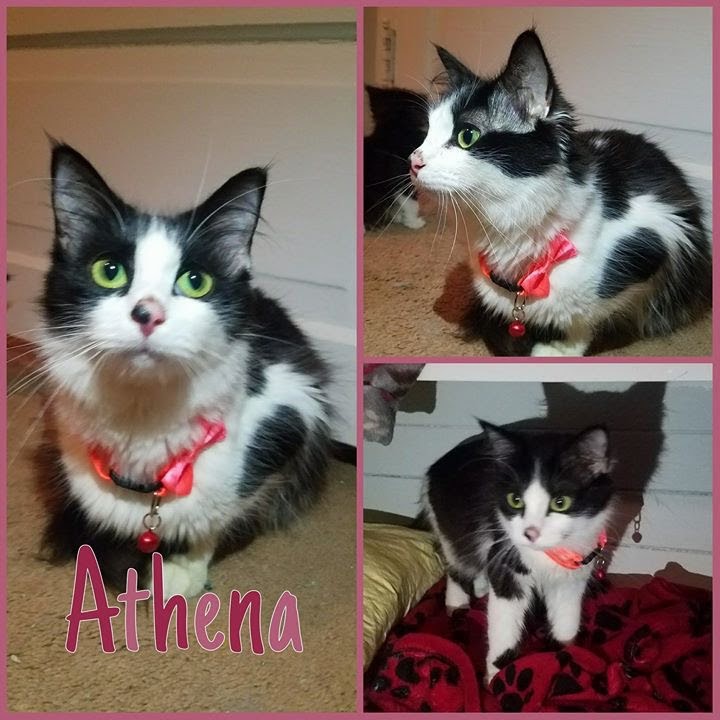 The Chrises Adoption October of 2018

The Chrises, Hemsworth, Pratt, and Evans, came to us at the end of July, 2018. Evans and Hemsworth were semi-feral, but Pratt was so sick that he surrendered to our love. They were all flea-infested, but Pratt was skin and bones as well as extremely dehydrated. With a little TLC and love, these boys ended up being the sweetest boys ever. Pratt has kept his name and lives with family friends who have since adopted another kitten from Hazel's House. Hemsworth and Evans are now Colby and Jack. They were adopted together, and their mom loves them dearly! Their mom has also come back since and adopted a baby sister for them!

Mags was brought to us in June of 2020 by a farmer who had found her and her 2 other siblings next to their mother (who had been attacked and killed by another animal). Mags' and her siblings were only a couple of weeks old, and infested with maggots. The moment they reached us, they were rushed to the Vet Clinic for treatment. Sadly, the infestation was too much for her two siblings, but Mags survived. We continued her care until she was finally healthy enough to be spayed and adopted. Now she lives with her mom and dad, 2 human siblings, and 3 four-legged siblings in Newberg Oregon. 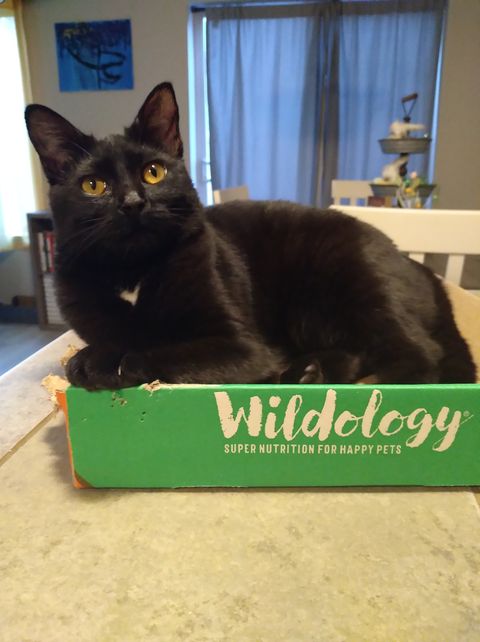 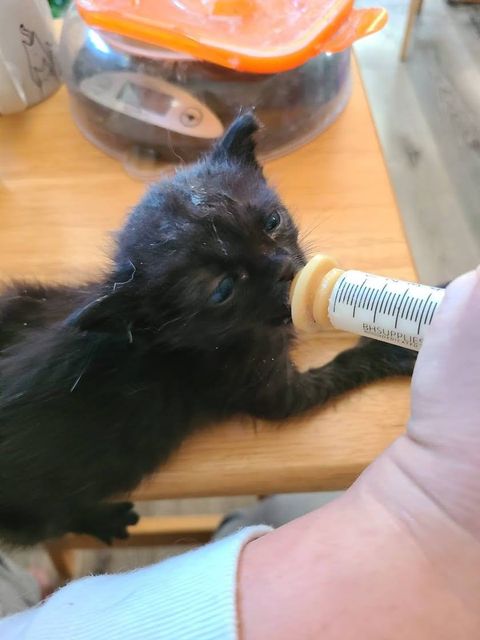 Bixby was brought to us in December of 2020 in a live trap no less. He was thought to be semi-feral (or even feral), but after seeing his behavior in a video, we thought he actually may be friendly, and wanted to give him a chance. Bibxy came from a rural part of Forest Grove, where between the coyote packs, the neighbor’s dogs, and the road, no cat has ever survived long enough for this concerned citizen to trap them, but he did. Sadly though it was not without injury. Upon x-rays, we found that Bixby had been shot. Either at a long distance with a duck shot, or with a pellet gun. It was hard to tell from the x-rays. We didn't have an option to remove the metal, as it would cause more harm to him than good. Luckily, it does not seem to bother him, and he found a mom and a dad who dote on him and were willing to give him the patience he needed. 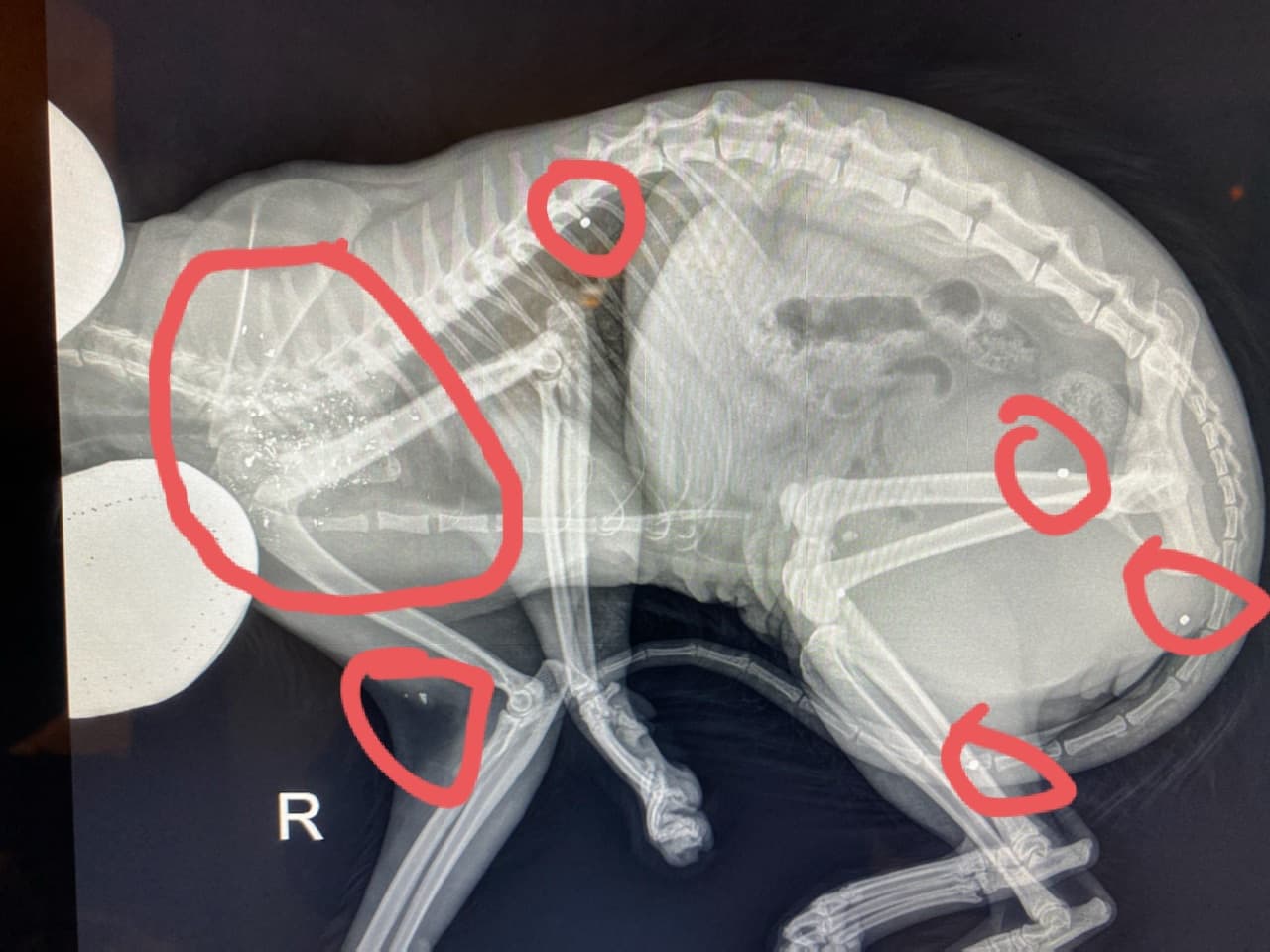 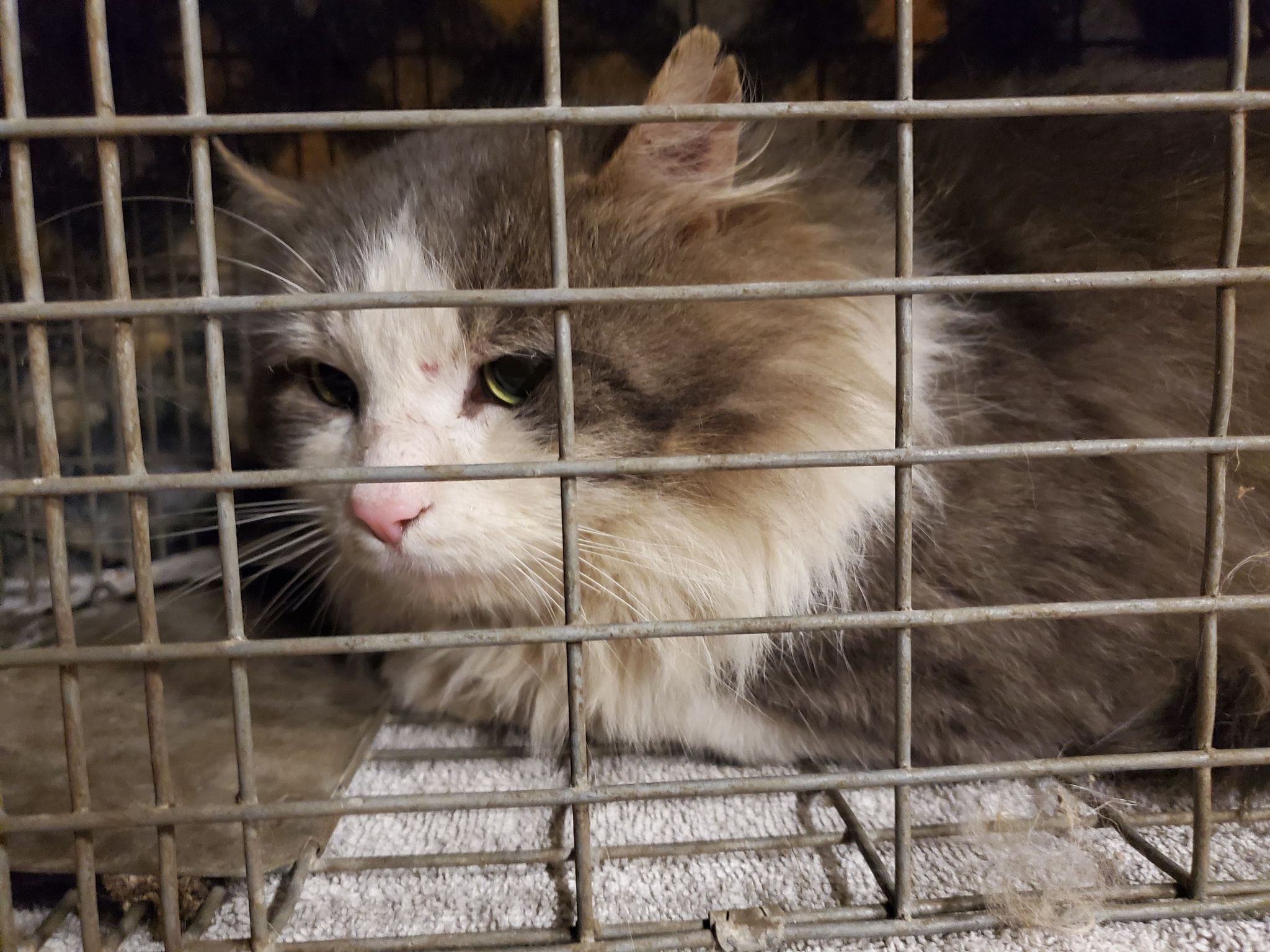 Sterling came to us at the end of September, after a concerned citizen of Silverton, Oregon called us about a kitten found in a parking lot with a broken leg. We immediately got him into our care, and to Newberg Veterinary Hospital. The team of doctors assigned to his case thought there was a 75% chance to save his leg with pins! It was all going to be up to the amount of nerve damage he had. Sadly, after two months of recovery, Sterling had to have his leg removed. However, don't worry, as this did not stop him one bit. Sterling was adopted in December to a family that consisted of his mom, dad, and a tripod feline just like himself! 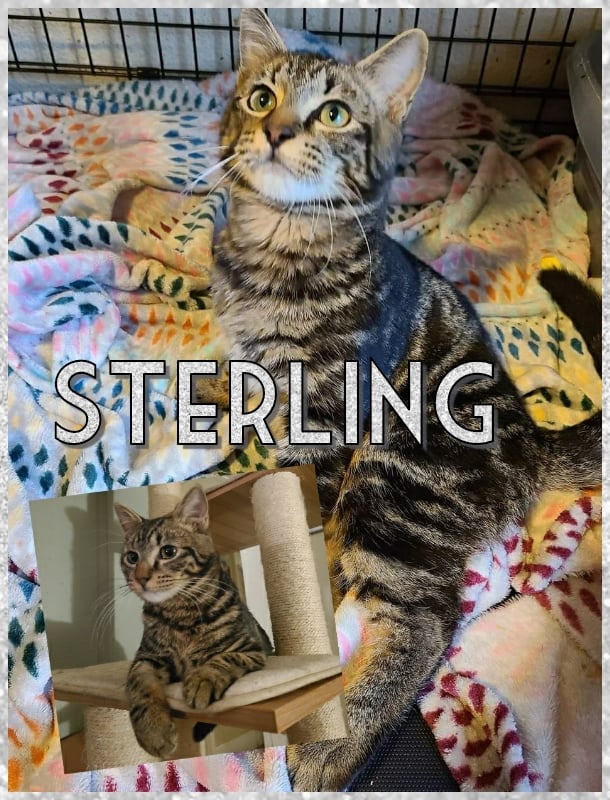 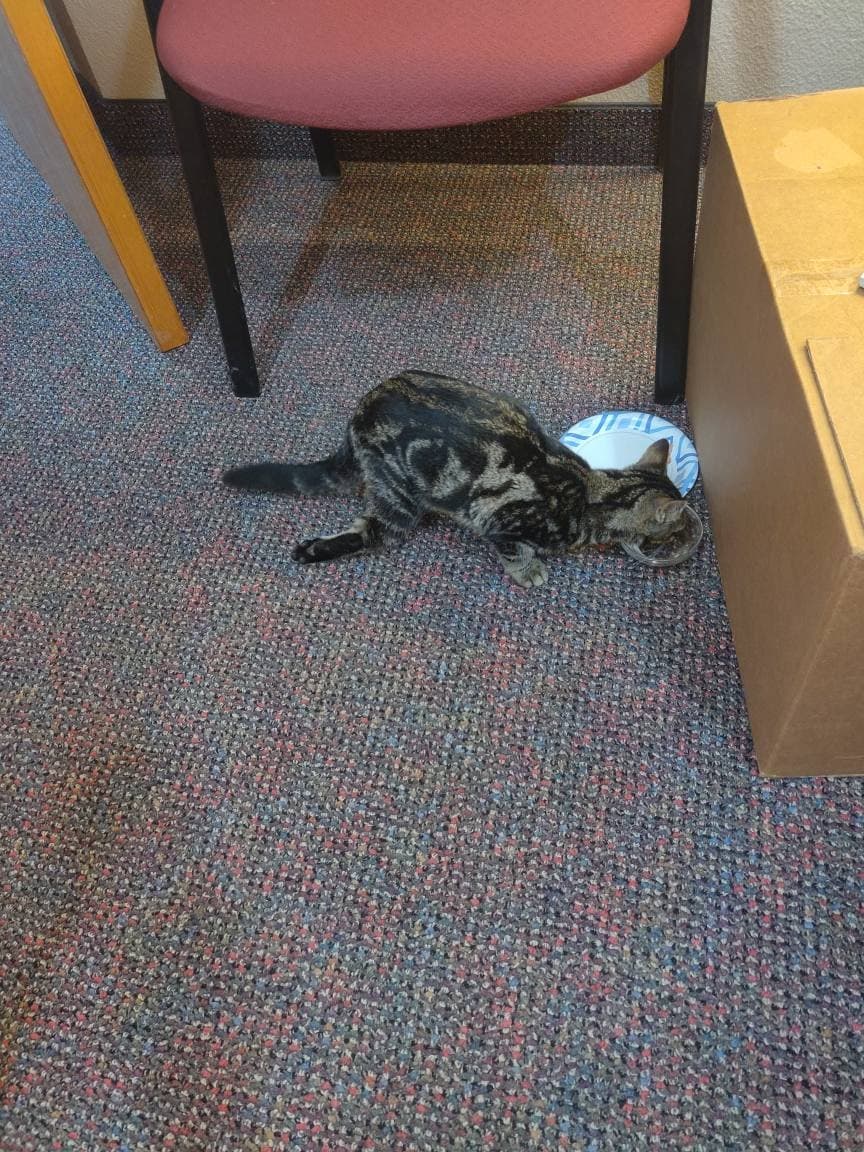